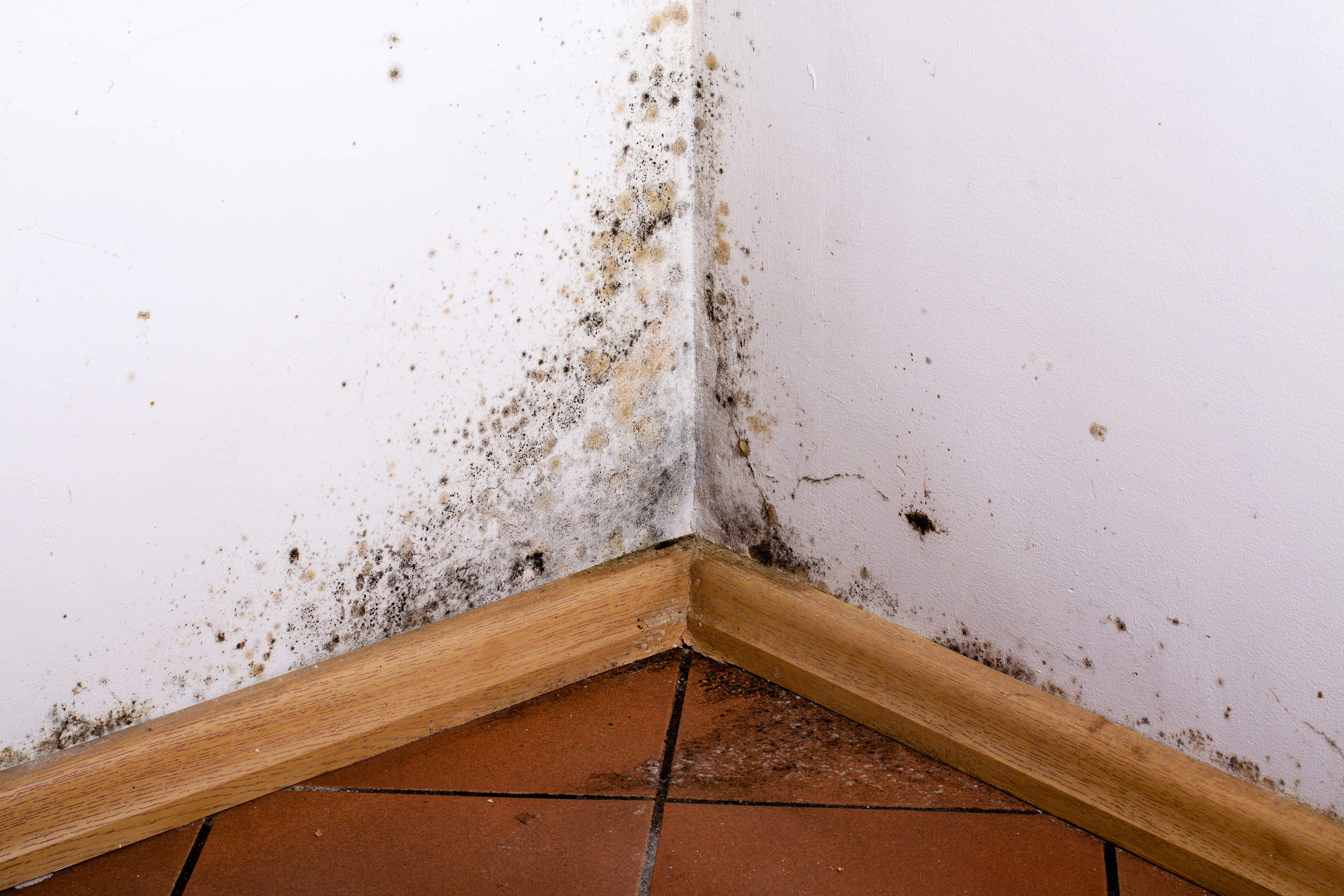 What exactly makes mold a ‘black toxic’ mold? The answer may be surprising. When looking for information about ‘black’ mold, it’s easy to see why it’s commonly misunderstood. Back in the late 90’s, The New York Times stated a severe ‘black’ mold breakout leading to multiple deaths at a children’s hospital. The statement was later retracted but the term, ‘black mold,’ stuck.

‘Black’ mold is an umbrella term of not one mold type, but multiple species of mold.The mold’s commonly referred to as ‘black toxic’ mold are mold species of  stachybotrys, chaetomium, aspergillus, penicillium, and fusarium. It’s not just the mold spores that are dangerous, each of the molds can produce different types of harmful mycotoxins.

According to the CDC, the word “toxic” is an inaccurate descriptor. Molds of all species can grow wherever there is dampness and moisture, such as basements, attics, kitchens, bathrooms or areas that have experienced flooding. While certain molds may be toxic, all molds should be removed from the home as quickly as possible to prevent growth.

Stachybotrys is an extremely dangerous fungus, also known as “black mold”. Mold species under this genus produce mycotoxins wherever they are growing, which can cause a long list of serious health implications. They usually grow on materials that contain cellulose and that have remained damp for a long period of time. Such surfaces include cardboard,gypsum board, drywall, ceiling tiles, wood, and other organic materials.

There are about 200 known species of Penicillium molds that are found in the air or the soil. Their main purpose is to cause food and other perishable goods to spoil, and their presence usually indicates high moisture levels in the environment. Indoors, they will cling to various damp surfaces, such as walls and wallpapers, floors, and carpets. Colors range from blue and yellow to green and white.

These mold families have been connected to illnesses such as nail fungus, asthma, and also infections of the lungs, liver, and kidneys.

Cladosporium is a very common mold which many times can be disregarded by many untrained inspectors as benign.However, that is not the case,these species fall are some of the most dangerous. This genus comes in green, brown, gray, or black colors and is comprised of around 40 species. Common gathering spots include painted walls, wood, carpets, wallpaper and other damp organic surfaces.

Chronic cases of Cladosporium may produce pulmonary edema and emphysema.

Fusarium springs to life even at lower temperatures and is most often spotted growing on water-damaged carpeting and fabrics. It is often orange in color. Fusarium species possess several virulence factors, including the ability to produce mycotoxins, including trichothecenes, which suppress humoral and cellular immunity and may also cause tissue breakdown. Fusarium may cause some types of gastrointestinal illnesses and has been linked to some illnesses which affect the female reproductive system.

The Aspergillus mold family consists of almost 200 species.The mold is yellow-greenish in color and often encountered indoors. Neglecting its presence can lead to respiratory infections or may even cause inflammation of the lungs – a condition known as hypersensitivity pneumonitis. The types of diseases caused by Aspergillus are varied, ranging from an allergy-type illness to life-threatening generalised infections. Diseases caused by Aspergillus are called aspergillosis. The severity of aspergillosis is determined by various factors but one of the most important is the state of the immune system of the person.

These toxic molds produce chemicals during their natural growth that are classified as bio-toxins. The types that have been found to have profound effects on human health, are given the label of “toxic mold.”

Detecting these mold isn’t as simple as a visual examination, identifying mold species requires testing. Testing may be intimidating however, The EPA created a study to help homeowners understand their exposure and if they need an inspection to find the source.  The ERMI or Environmental Relative Moldiness Index is a great technology to better understand the spectrum of microbial colonization of the biome – the space shared with the organisms or mold. The ERMI detects two different types of molds: common indoor molds, and common water damaged building species. The ERMI spectrum looks like this:

Below is the mycotoxins associated with those mold:

The term “black” mold is misleading. First, while the terms “toxic” and “black” mold are commonly used interchangeably, only one is recognized as black mold by most: Stachybotrys chartarum. Other common indoor toxic molds include Cladosporium, Penicillium, Aspergillus, and Alternaria.. With more than 100,000 known types of mold, many of them are black. Mold can appear as white, brown, gray, olive, orange, and more.

Regardless of the color, and media spreading misconceptions about mold, illnesses from mold is becoming one of the biggest health issues impacting humans today. Mold, just like bacteria, are quickly evolving defense mechanisms to survive modern medicine.  Because this living organism grows over time, a top to bottom inspection is absolutely necessary.

A Guide to Black Mold