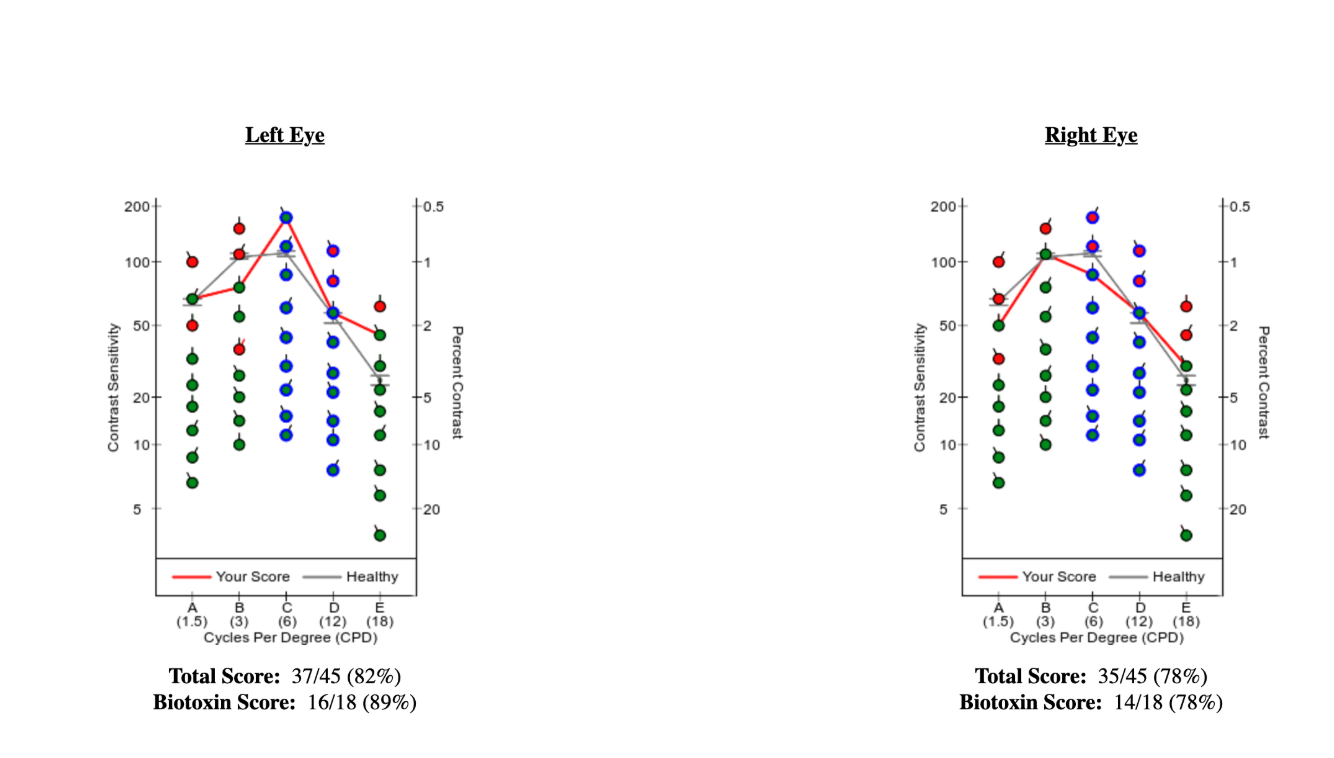 What exactly is visual contrast sensitivity testing? What does it have to do with mold?

First, we need to talk about biotoxins. Biotoxins are a group of substances that are toxic to certain organisms but,  biological in nature. Chronic illnesses caused by biotoxins are on the rise. Unfortunately, 25% of people have HLA (human leukocyte antigen) genes that prevent their bodies from being able to eliminate biotoxins. Which then means, the biotoxins will remain in the body and trigger a chronic, systemic inflammatory response. These are the people that can develop CIRS.

So, what is CIRS? Chronic Inflammatory Response Syndrome is the inability to remove certain biotoxins, such as mold, from the body. Side effects can cause chronic fatigue, weakness, aches, and vertigo.

Some common symptoms of CIRS include:

Visual contrast sensitivity testing measures the ability to see details at low contrast levels and is typically used as a nonspecific test of neurological functions. A VCS test generally involves the presentation of a series of images of decreasing contrast to the test subject and the recording of contrast levels where patterns, shapes, or objects can or cannot be identified. The results of the test can then be used as a screen for diagnosing the visual systems and neurological dysfunction.

The VCS test indicates how certain biotoxins, such as mold,create a neurotoxin affecting the brain and retinal artery blood flow.  This interferes with the ability to discriminate between white and gray contrast as seen in the test. According to Dr. Shoemaker, if the symptoms are present and the VCS test is positive, even in one eye, there is a 98.5% chance of having CIRS.  This makes it one of the most accurate screening tests in medicine.

To take the VCS test, go to VCSTest.com and register as a new user.  You will be asked for a donation and are encouraged to give one toward their work if you are able.